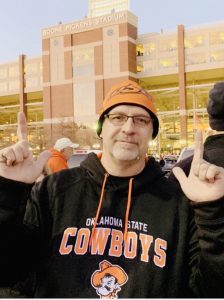 Dr. Appelbaum was born in Oklahoma City, and graduated from Del City High School in 1986. He attended Oklahoma State University, where he attained his bachelor’s degree in Agriculture in 1991 and his Doctor of Veterinary Medicine degree in 1995. His professional interests include internal medicine and soft tissue surgery. Dr. Appelbaum’s hobbies include sports, music, traveling, and spending time with his wife and 3 sons. His oldest son, Joseph, is a Finance/Accounting major at Oklahoma State University. His middle and youngest son, Ben and Max, attend Jenks Public Schools. 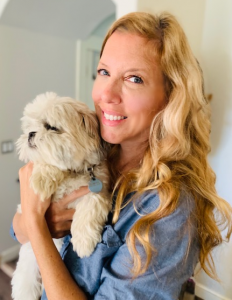 Leslie attended the University of Oklahoma, where she earned her bachelor’s degree in Public Administration, in 1993. She later earned a master’s degree in Education, from Oklahoma State University. After years of working in both the public and private sectors, she found the most joy while staying home with her two sons Ben and Max. Now that they are almost ready to fly the nest, she is enjoying working alongside her husband at Appelbaum Animal Clinic. 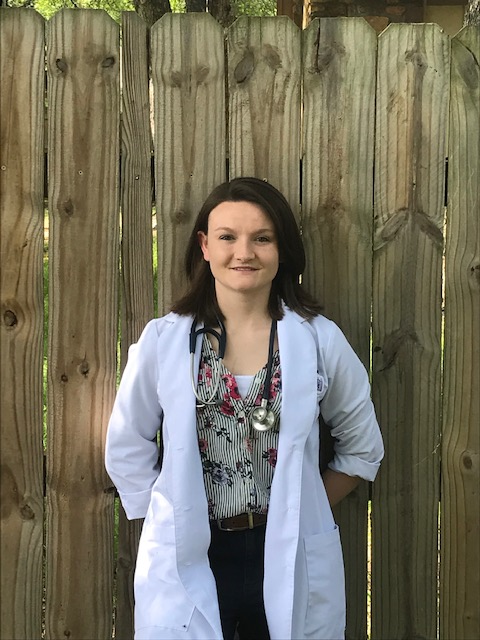 Dr. Powell was born in Claremore, Oklahoma, and graduated from Inola High School in 2012. She attended Rogers State University where she obtained her bachelor’s degree in Medical Molecular Biology in 2016. She then went on to Oklahoma State University where she attained her Doctor of Veterinary Medicine degree in 2020. Her professional interests include general medicine and parasitology. Dr. Powell’s hobbies include hiking, camping, and hanging out with her husband and four furry pups. Dr. Powell’s tiny fur herd consists of Hegar, a Great Dane, Louie, an aussie mix, Cash, an aussie mix, and Pootie, a corgi. 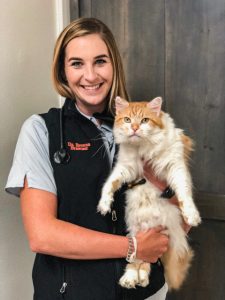 Dr. Brenna Kristine Brawner is a native of Edmond, Oklahoma. A devotion to animals was determined early in life as she was raised on a horse ranch. She was competitive in the Appaloosa and Paint horse all around show circuits achieving 15 world and national titles through her youth career. During high school she was highly involved in her FFA chapter by holding multiple officer positions and competing in CDE events, speech competitions and Equine Proficiency contests at the state and national level. She competed on the Division I equestrian team in the event of reining and received her bachelors degree in Biochemistry and Molecular Biology from Oklahoma State University graduating summa cum laude. Her Doctorate in Veterinary Medicine is also from Oklahoma State where she graduated first of her class. Brenna is an avid college football fan and enjoys tailgating for the Oklahoma State Cowboys and doing anything outdoors in her spare time; this includes riding ATVs and UTVs, shooting sports, hiking, riding horses and playing fetch with her Labrador retriever, Roger. Brenna’s veterinary interests focus on preventive care, client education, soft tissue surgery, diagnostic imaging and emphasizing making economical decisions on a case by case basis. 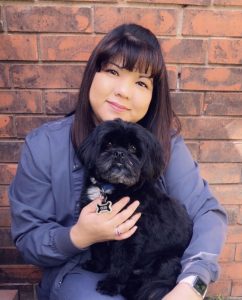 Yayoi began working in the veterinary field back in 2002. What started as a part-time job, soon became a career. She loves animals and enjoys the stories that the clients share. Yayoi attended Oklahoma State University and earned her Bachelor’s degree. She has worked with Dr. Appelbaum for close to 20 years. She enjoys team work and the family friendly atmosphere AAC has to offer. Yayoi has a daughter named Aleena and a Papillon named George. In her spare time, she is busy taking Aleena to her dance competitions, traveling, or attending many festivals in the Tulsa area. 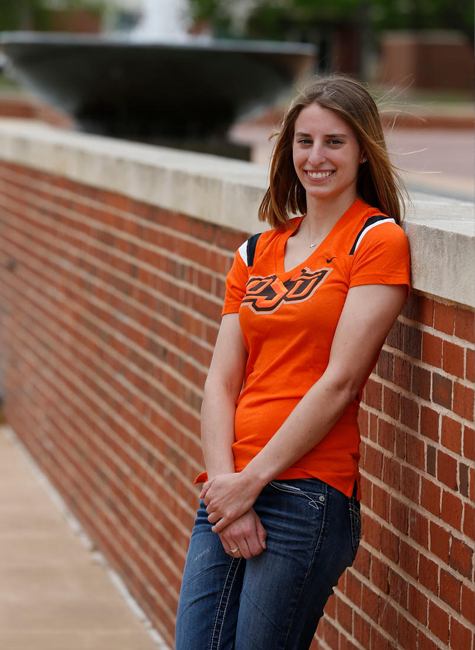 Peyton attended Oklahoma State University and received a Bachelor’s degree in Animal Science Biotechnology. She has worked in the veterinary field as a veterinary nurse for eight years. Peyton has two kitties, Feliz Navidad and Barbara, and two dogs, Steve and Nala. However, she considers herself a lover of all animals…from cats to cows. 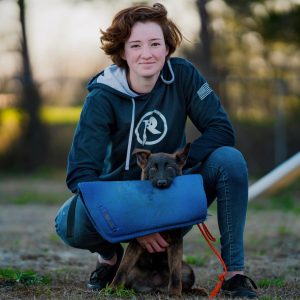 Ana is a Marine Corps Veteran that got into the animal industry through Police K9 and sport dog training.  She is also a mother to a two-year-old son and her two-year-old Belgian Malinois/German Shepherd who competes in PSA.  Ana looks forward to meeting you and making your pet feel at home for the extent of their kennel stay. 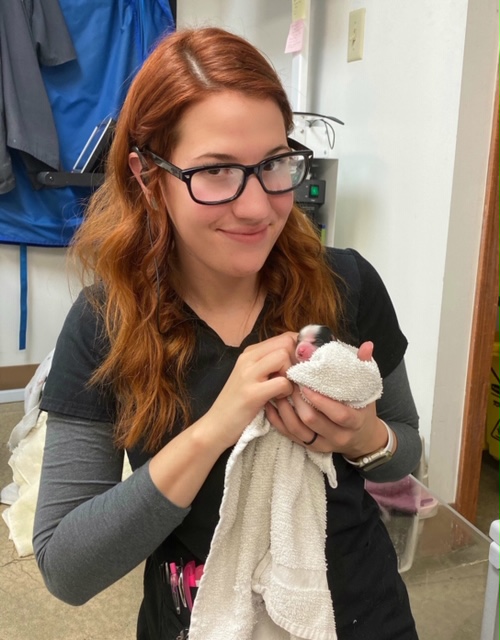 Abby found her dream job when she became a nurse at Appelbaum Animal Clinic. Taking care of animals has always been her passion. In Abby’s free time, she loves spending time with her three year-old son, Philip. Abby is also a fur mom to three dogs and two cats. 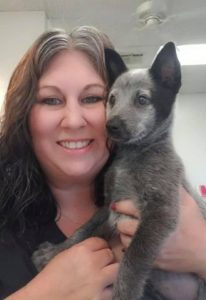 Denise has worked in the veterinary medical field off and on since 2004. She loves meeting clients and their pets! She finds it rewarding to work in the veterinary field because it is ever changing and always offers something new to learn. She has an eleven year-old son, Dylan, who is her pride and joy. She loves music and highly supports to local music scene here in Tulsa and surrounding areas. She also enjoys reading, binge watching awesome tv shows, being a cat (LOL), and anything to do with Donald Duck and sea turtles. 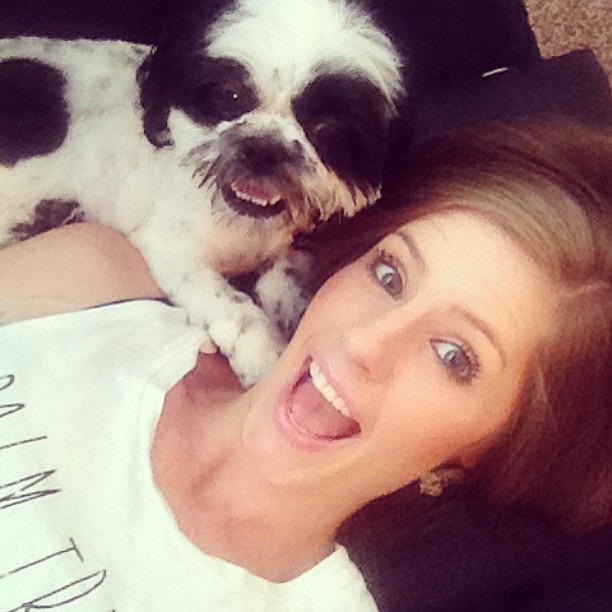 Lynnsey started working in the veterinary industry in 2007, and shortly thereafter, attained a Veterinary Assistant degree from Community Care College. Lynnsey has a love for all animals, but her favorite is her Shih Tzu named Layla. She was the runt of the litter of adorable puppies, and after weeks of begging, her husband finally agreed to welcome Layla to their family. It has been a non-stop adventure ever since. 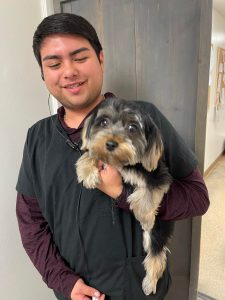 I own an assortment of pets from pups to birds, reptiles, fishes and axolotls.  In my spear time, I like to learn about different cultures and animals.  I also like to hang out with friends and going hiking and swimming at nearby Oklahoma lakes and surrounding states. 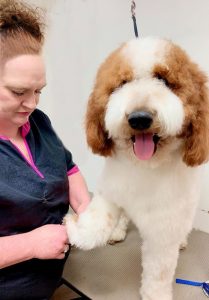 Dr Appelbaum is such a wonderful doctor. He cares for your pets as if they were his own. Since day 1, he's been compassionate, empathetic, and explains things in a way you can understand. I have been taking my 2 fur babies to Dr A's office for 2 years. He's performed a complex hip surgery on one of my pups, as well as teeth cleanings. Dr A is very professional and I've been nothing short of happy with him and all staff at his office.

I have been with Dr Appelbaum for over 30 years. He is a wonderful Veterinarian! He is very kind and caring. He has a big heart and shows compassion to your pet. I would recommend Dr Applebaum to everyone!

Dr. Applebaum speaks plain English. He makes SURE you understand what is going on with your pet. You leave feeling "heard" and knowing your baby has been treated by the best!

Great place, Dr Applebaum is thorough and knowledgeable, all the staff are awesome and Misty in grooming is seriously the best.

Call Us Text Us